Get fresh music recommendations delivered to your inbox every Friday.
We've updated our Terms of Use. You can review the changes here.

Closer To The Sun 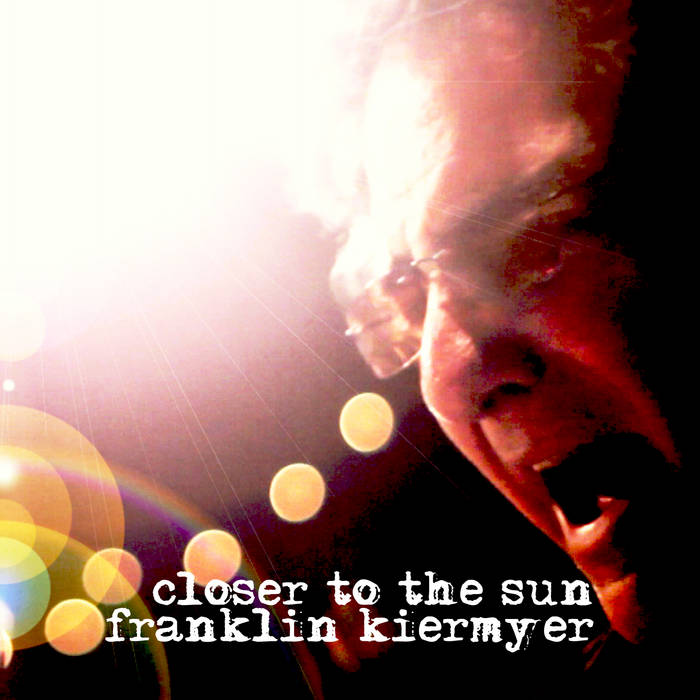 On "Closer To The Sun," drummer, composer and bandleader Franklin Kiermyer pursues his singular quest, digging deeper to the roots of transformational music. It was always the feeling of the music that motivated his playing and on this latest offering, his focused spiritual practice leads the music even further. Co-producer Michael Cuscuna remarks, “Franklin went beyond his influences. He found his own way to play drums–his own time concept–his own way of organizing a performance. The music always swings in it’s own way, on it’s own terms.”

Rather than pursue the career he successfully launched with Solomon’s Daughter, he turned his attention to a deepening spiritual practice, a practice that began in his teens. As Kiermyer puts it, “With Solomon’s Daughter, I felt that I had reached a point in my playing and writing where I could realize some of what I intended, but it was just a beginning. I had to go further. I tried, but realized that it was not a matter of learning to play drums better, or write better songs. I had to grow as a human being. I needed to evolve and transform on a spiritual level.”

Kiermyer took this as a calling to more fully pursue his spiritual practice. “I was extremely fortunate to meet a great Tibetan Buddhist teacher who agreed to guide me,” says Kiermyer of one of the last Tibetan masters who grew up in a time before the Chinese takeover of Tibet. “In him, I saw the depth and openness I knew was at the source of all the great music I adored.” Following his teacher’s instruction, Kiermyer spent the next twelve years meditating and practicing, most often in remote solitary retreats in the Himalayas and other parts of Southeast Asia.

“In back of the caves at Ajanta, India, overlooking the Waghora river, there’s an ancient funeral ground, little known and hidden from sight.” Kiermyer recounts, “These are the kind of places I was sent to, meditating and practicing the tantra I was taught and sleeping out in the open or in caves. At the Ghats in Pashupati, Nepal, I’d warm myself at the pyres late at night while I sang the Milarepa songs my teacher had taught me and the spontaneous songs of realization he and other masters composed themselves.”

During this period of practice and study, Kiermyer returned briefly to New York to record Auspicious Blazing Sun (1999, Mobility Music) and Sanctification (2000, Sunship). These efforts prompted JazzTimes to proclaim, “His quest is grounded in spiritual music…Sanctification establishes a roiling atmosphere of a journey to enlightenment.” 2014’s Further, featuring his quartet with Azar Lawrence, Benito Gonzalez and Juini Booth, signaled Kiermyer’s re-entry.

Closer To The Sun is a product of this life-long practice of contemplation and meditation. In his own words, “As my meditation practice has deepened, I’ve become more confident in that feeling of faith in the moment. I’m becoming freer in my conception and more sure. I’m changing. The part of my life where I am chasing has ended and the part where I am finding has begun.”

The record was recorded in one room, without headphones, and mixed with minimal EQ nor compression. There are no overdubs or edits. The cuts selected for this album are drawn from recordings made over a five-week period from October 20 to November 20, 2015 in Brooklyn.

Kiermyer explains, “Lawrence, Davis, Otto and I met each weekday to record for three hours. Most of the songs presented here are based on themes developed during these sessions. I would sing or play something on the piano that came up in the moment or improvise something on the drums and we’d use that as a basis. Sometimes, I’d hear one of the others playing something in between takes and we’d use that too. I woke early each morning to listen to what we had done a few days earlier and select what I felt were the best performances. Following the completion of these five weeks, Michael Cuscuna and I selected the program for this album. Then Walter Quintus and I mixed each song and mastered the completed album.”

What sets Lawrence Clark, Davis Whitfield and Otto Gardner apart from the mainstream are their prime devotion to that elusive feeling in music some call spirit or soul, their extremely high level of skill as instrumentalists and improvisers and, most of all, their willingness to leave convention and precedence at the door. Kiermyer’s music demands a presence and fearlessness that is hard to come by. These three bring it in abundance.

Bandcamp Daily  your guide to the world of Bandcamp